Understanding the Rise and Fall of Regional Hegemons

Let the political support function (M) be described by:

Where p is price established for the regulated service (e.g., electricity) by the regulatory authority (e.g., the New York Public Service Commission)  and Π  is the level of profit earned by the regulated firm (e.g., New York Edison) at that level.

M falls with p but rises with Π:

An example of a function M of the form described above is: M = e^(αΠ-βp)

Profit, Π, is itself a function of production costs “c” and the price “p” .

(See footnote at the end of this post to mix this model with normal production models of perfect and monopolistic competition. )

Such that profits fall as production costs rise…

… and profits rise with prices but only up to a level, above which the fall in demand would undermine profits

The regulator sets the legal price by constrained optimisation of the following lagrangian:

which yields the solution

The most encompassing representation of Peltzman’s model of regulatory capture is described in Figure 2 of his 1976 article “Toward a More General Theory of Regulation” (brief summary here). 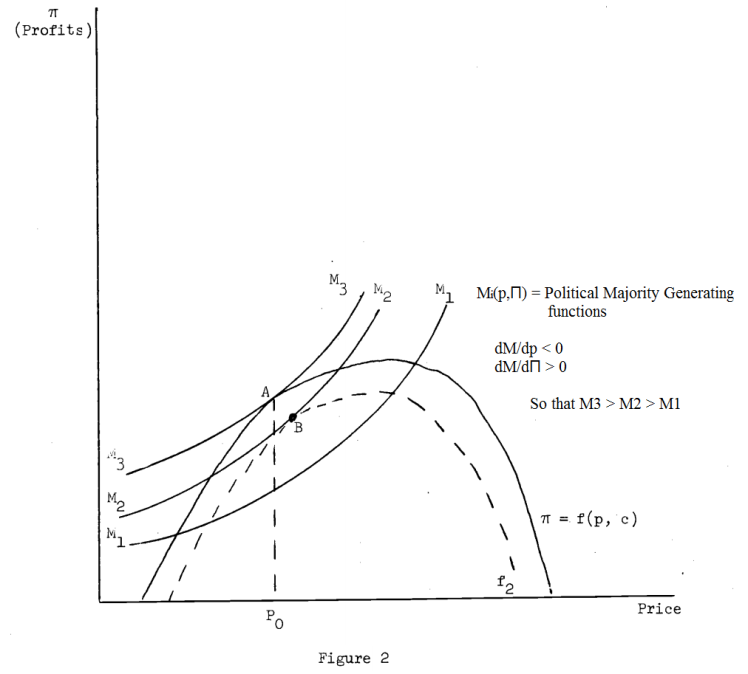 Notice that the equilibrium will depend on the steepness of the two curves:

Given a combination of these 4 alternatives, there are 4 solutions involving extreme positions: 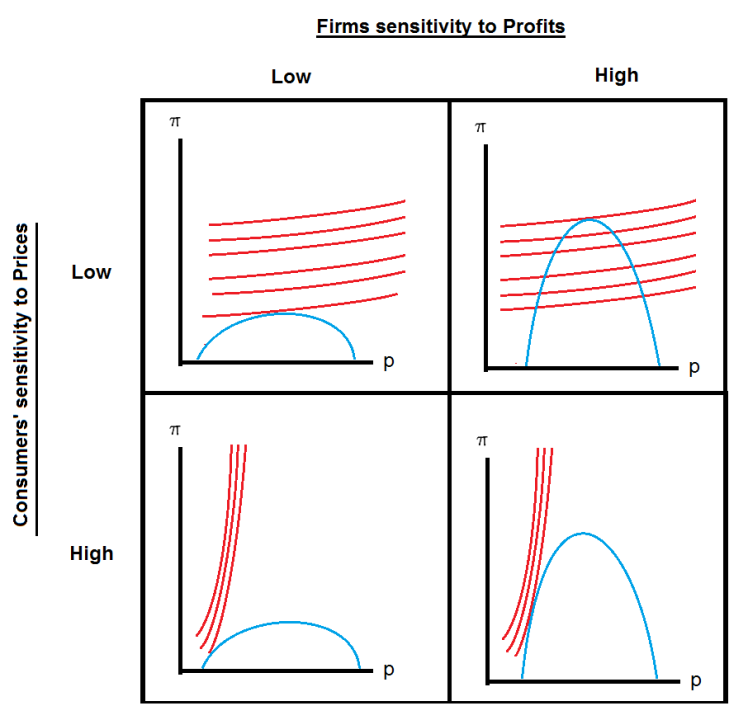 From the above considerations it is possible to preliminarily conclude that

(Unfortunately, I have not had the time to finish this, but the discussion below is the beginning of an introduction to the  model described in this post with some functional forms)

* Briefly returning to the function Π = f(p,c), we could express it in the normal way it is described by basic production theory, where traditionally

The market rule will depend on the nature of the market:

One thought on “The Peltzman Model of Regulatory Capture”